Gdansk, called the "pearl of the Baltic", is considered one of the most attractive tourist destinations in Europe. For many years, according to the ranking on the quality of city life around the world, Gdansk has ranked at the forefront of cities where people enjoy the best life.

Gdansk is undoubtedly associated with the Solidarity movement and therefore the controversial figure of Lech Walesa, probably the most famous citizen of Gdansk in the world for his Nobel Prize. What is interesting, some specific sayings and phrases coined by Walesa have penetrated the contemporary Polish culture to such an extent that in the Polish language there is a category of the so-called "Walesaisms".

Apartment 409 Gdansk with an area of 38 sqm provides comfortable conditions for relaxation. It has been decorated in a style inspired by nature, cozy wood in this case. It includes a fully equipped kitchenette and a living area with the possibility of preparing an extra bed for two. There is also a separate bedroom with a king-size bed and a comfortable bathroom with a shower. The biggest advantage of the apartment is a large private terrace overlooking the Seaside Landscape Park and the Baltic Sea.

Pets policy: Dogs are welcome in the Resort. Additional fee of 120PLN/stay. 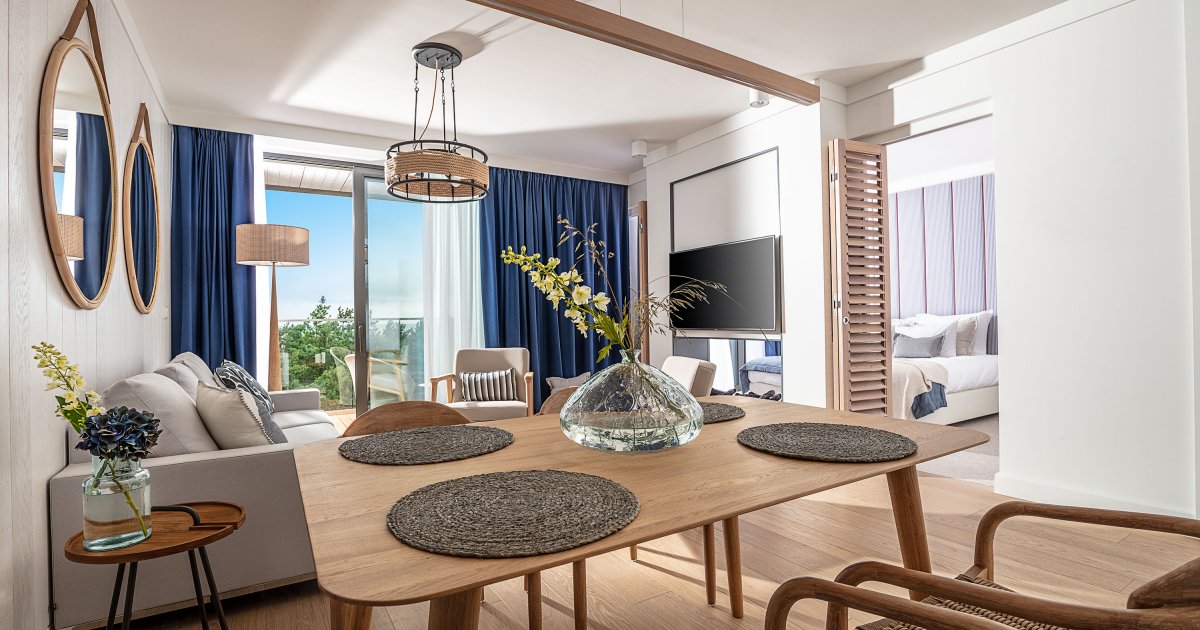